“America’s Toughest” was a project that addressed the issue of Police and Border Patrol violence. The accompanying photos depict the two-dimensional forms that I fabricated and staged throughout the city of Tucson. One of these scenes represented a then-recent incident of a young man being shot and killed by a BP agent while witnesses claimed he was “on his knees and surrendering”. 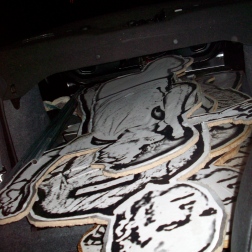 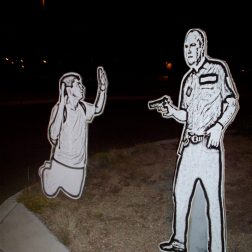 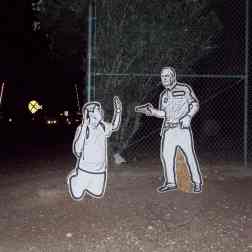